Difference between revisions of "The QT Film Fest" 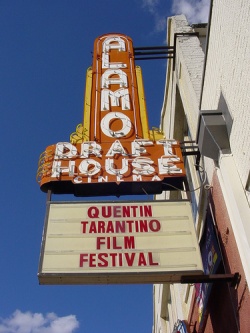 The Quentin Tarantino Film Fest is an almost annual film festival Quentin Tarantino is holding in Austin, TX (USA), where he screens selections of favorite films from his own private collection. Unlike the latest (Best of QT Fest, taking place this spring) he sometimes shows films that have something to do with upcoming projects of his (for example showing films that inspired them). Click on the links below to find out about the films that were/will be shown and more.