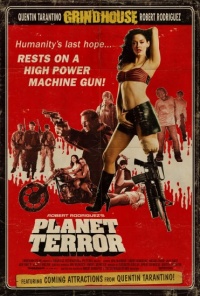 Planet Terror is a movie written and directed by Robert Rodriguez