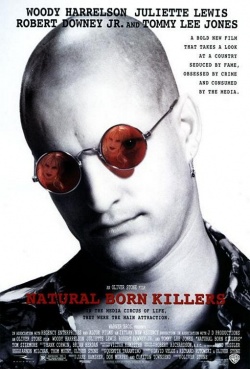 Natural Born Killers is a movie directed by Oliver Stone. It was released in 1994. The story is written by Quentin Tarantino (he wrote the original screenplay), but the shooting script is written by David Veloz, Richard Rutowski and Oliver Stone. It stars Woody Harrelson, Juliette Lewis, Tom Sizemore, Rodney Dangerfield, Tommy Lee Jones and Robert Downey Jr..