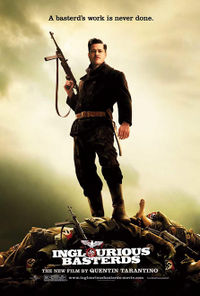 Inglourious Basterds is a 2009 World War II action/adventure film written and directed by Quentin Tarantino. The project was formerly known as Inglorious Bastards. It is the 6th feature film by Tarantino.