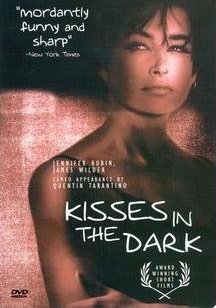 The Coriolis Effect is a short film by Louis Venosta from 1994.

Two young lovers (Ray and Suzie) are split apart by the revelation of Suzie's one night stand with Ray's best friend, and fellow storm chaser, Stanley.

Before Ray and Suzie can resolve their issues, Ray is called away to chase the biggest tornado producing storm to hit Texas in a century along with Stanley. As they race towards the storm, arguing and fighting with each other, they come across a mysterious woman named Ruby, who changes the course of their destiny.

The Coriolis Effect is available on the DVD Kisses in the Dark, a compilation of 4 award-winning shorts. An on-demand DVD-R is also available at Amazon.