Tarantino in the Philippines 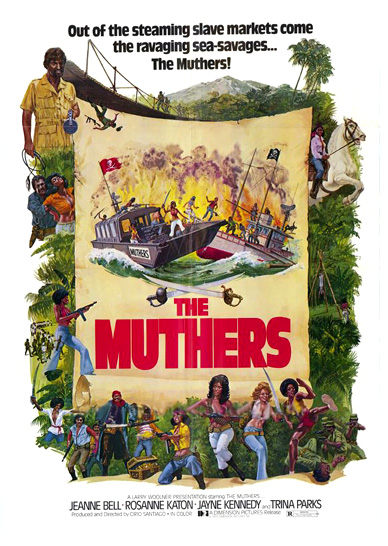 QT recently attended the Cinemanila Film Festival in The Phillipines. While there he was interviewed about his films, his favorite films from The Phillipines and other cool stuff.

"ABS: Is this your first time here in the Philippines?

QT: Very first time, very first time. I've been wanting to come here since I was a kid. And now I'm finally here.

ABS: You get so many invites to so many film festivals around the world every year. Why did you choose this one?

QT: Oh, I've always wanted to go to the Philippines. And also I've become friendly with Cirio H. Santiago, and knowing that Eddie Romero was going to be here, and we're going to be talking about Philippine cinema, which I've been a big fan of, it's going to be great.

ABS: What Philippine films have you enjoyed?

QT: Oh, there's a lot of them I like. Cirio Santiago's The Muthers. I love Eddie Romero's war films, The Ravengers, Leyte Gulf, all right? Walls of Hell is terrific. I love the Blood Island movies with John Ashley. Bamboo Gods & Iron Men, that's a terrific movie.

QT: I know. That's really cool to be getting that here, yes. I'm also doing a panel, I think, on Filipino action and horror cinema.

ABS: We hadn't noticed any explicit connection between your movies and Filipino B-movies, but we figured that it was only a matter of time...

QT: Even in Kill Bill, the Hattori Hanzo character that Sonny Chiba plays, there's a little bit of that based on the character in The Last Samurai. Not the Tom Cruise movie, but the Cirio H. Santiago movie with James Englehart, there's these two Japanese soldiers on the island. I kind of based a little bit of their relationship on those two characters from Santiago's film.

ABS: We hear there will be a Quentin Tarantino film festival as part of this year's Cinemanila.

QT: I know, they're showing all of my movies. This is actually the first time I've allowed a festival to do a retrospective of my work; this is the first time.

ABS: We're very happy about that.

ABS: Have you had a chance to check out any younger Filipino directors or more recent films made here?

QT: No, I haven't. So this will be a good chance, at the Manila film festival, to check out some of their films.

ABS: Do you see yourself as an influence on Asian filmmakers today, just as Asian cinema has had such an impact on your films?

ABS: How did you and Tikoy meet?

QT: I had actually sought out Cirio H. Santiago myself, to introduce myself, because I'm a big fan, and after that introduction, and from another friend of mine, Tiffany Limos, I got the invitation for the Cinemanila Film Festival, and I took (Tikoy) up on it right away.

ABS: Are you scouting locations here?

QT: Nope! Just going to Manila, having a good time.

ABS: Have you always been attracted to Asian cinema?

QT: It's always been a big influence on me. I can't help it.

ABS: Is the Asian horror genre played out yet?

ABS: What have you watched recently?

QT: There was a Korean horror movie called The Red Shoes. That was pretty good. Not bad.

ABS: Other directors have directed your scripts; would you ever direct a script written by somebody else?

QT: Because I like to start with a blank page. I usually lose interest if it didn't originally come from me.

ABS: Where do you do most of your writing? California?

QT: I do it all over the place. I write in California, I write in restaurants, I write in cafes, in bars. When I'm on the road I write, and when I'm at home I write.

ABS: Would you consider guest directing another TV show, like E.R. or C.S.I.?

QT: If it's another TV show that I really like again, and I've become a huge fan and I want to jump into their world, then possibly.

ABS: We like that you create strong women characters (say in Kill Bill, or Jackie Brown). But how does that fit into your male testosterone world?

QT: Well, I'm the creator, so they're my characters. I love them. And not only do I create them, I am them when I create them.

ABS: Do you feel different when you're writing those characters?

QT: Well, I'm a method writer. I am them while I'm writing them.

ABS: Can you characterize Filipino movies, the ones you grew up enjoying?

ABS: Why was Grindhouse (the double-feature B-movie homage shown in the US) split into two separate movies here?

QT: Well, because we didn't want to show it as a double feature around the world, because not everyone has that thing, that tradition. And also, we had to cut the movie back drastically to do the double feature, so when Death Proof plays here, it's going to have a half hour more than Grindhouse. The Death Proof that's being released here, that's the script I wrote.

QT: Yes. Come up with a story that you want to tell, that you have to tell, and tell it well."