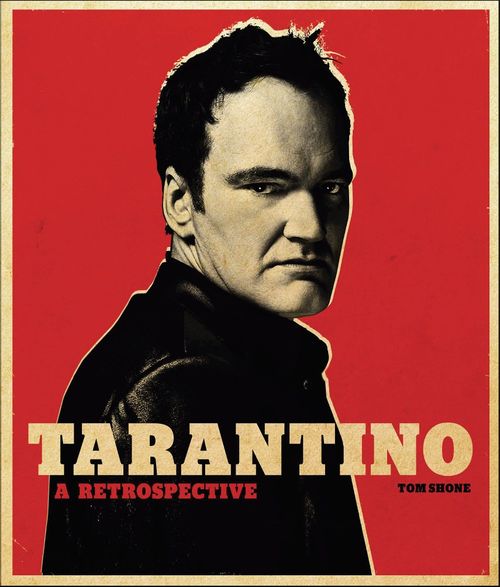 Description (from the publisher): Celebrate the 25th Anniversary of Reservoir Dogs by diving into the brilliant, twisted mind of Quentin Tarantino and discover the artistic process of an Oscar-winning legend.

Born in Knoxville, Tennessee, in 1963, Quentin Tarantino spent many Saturday evenings during his childhood accompanying his mother to the movies, nourishing a love of film that was, over the course of his life, to become all-consuming. The script for his first movie took him four years to complete: My Best Friend’s Birthday, a seventy-minute film in which he both acted and directed. The script for his second film, Reservoir Dogs (1992), took him just under four weeks to complete. When it debuted, he was immediately hailed as one of the most exciting new directors in the industry.

Known for his highly cinematic visual style, out-of-sequence storytelling, and grandiose violence, Tarantino’s films have provoked both praise and criticism over the course of his career. They’ve also won him a host of awards—including Oscars, Golden Globes, and BAFTA awards—usually for his original screenplays. His oeuvre includes the cult classic Pulp Fiction, bloody revenge saga Kill Bill Vol. 1 and Vol. 2, and historical epics Inglourious Basterds, Django Unchained, and The Hateful Eight . This stunning retrospective catalogs each of Quentin Tarantino’s movies in detail, from My Best Friend’s Birthday to The Hateful Eight. The book is a tribute to a unique directing and writing talent, celebrating an uncompromising, passionate director’s enthralling career at the heart of cult filmmaking.

About the author: Tom Shone was the film critic of the Sunday Times from 1994 until he moved to New York in 1999. He is the author of four books: Blockbuster: How Hollywood Learned to Stop Worrying and Love the Summer, In the Rooms, Martin Scorsese: A Retrospective, and Woody Allen: A Retrospective. His writing has appeared in the New Yorker, the New York Times, the TLS, Intelligent Life, Areté, and Vogue. He currently teaches film history and criticism at New York University.