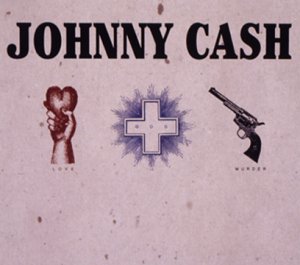 "....Though each disc features an essay written by an appropriate celeb - Quentin Tarantino on Murder, where he refers to Cash's criminal songs as documents of 'hillbilly thug life';" CMJ

"....Tarantino wrote the notes that accompany the box set's "Murder" disc, formally titled 'Murder Ballads,' and including such Cash country-rock tunes as "Delia's Gone," "Cocaine Blues," "Folsom Prison Blues," and 13 others. For Tarantino, the Cash liner notes will be his first major project, film or music-related, since the release of his 1997 flick 'Jackie Brown,' the soundtrack for which included a Johnny Cash song, 'Tennessee Stud.'" mtv

"...That was a surprise to me that they had contacted Bono and Quentin Tarantino. But these record companies and managers have a way of calling in your friends without you knowing about it. Bono's writing knocked me out - talking about Moses parting the Red Sea, that whole thing from Exodus that he commented on, and then how he brought it down to me. I thought that really was a nice piece of writing." Johnny Cash

"...Although Cash may not have much in common with bubble gum boy/girl bands, he does share some turf with hip-hop's gangsta rappers. As Quentin Tarantino points out in the liner notes for Cash's Murder disc (from the Love, God, Murder box set), little separates gangsta rappers', "tales of ghetto thug life from Johnny Cash's tales of backwoods thug life." Like gangsta rappers, Cash sings about violence, murder, drugs, and prison. He peers into the minds of serial killers ("Thirteen"), drug addicts ("Cocaine Blues"), and prisoners ("The Wall"). However, as Tarantino points out, Cash's songs differ from most gangsta rap in that he never lets his protagonists escape from regret. Most gangsta rap describes pimps and hustlers flexin' in expensive cars, with women, drugs, and money smackin' down anyone who steps to them. Cash's songs, on the other hand, are sung by characters after they have committed their crimes, when they are in prison and often on death row. His songs have an overriding morality and humanity. In the words of "Folsom Prison Blues:" "I know I had it comin', I know I can't be free, but that train keeps a rollin' and that's what tortures me." His protagonists are sinners who know they've sinned, regret their actions, but still know it is in their nature to sin again." N.P.