Quentin Tarantino: The Cinema of Cool by Jeff Dawson 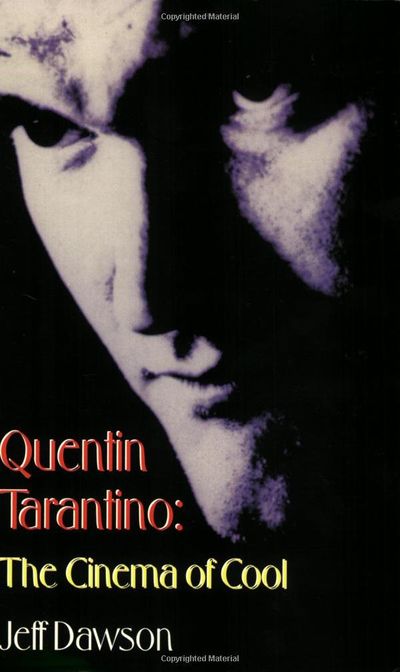 At the beginning of 1992, no one had heard of Quentin Tarantino. By mid-1995, Quentinmania was in high gear, and he was being hailed as the hip new Oscar-toting messiah of film making. In this irreverant personal biography and in-depth study, Jeff Dawson interrogates Tarantino about his early influences, his use of violence, and accusations of plagiarism. Dawson takes the reader behind the scenes of Pulp Fiction , Reservoir Dogs and Destiny Turns on the Radio , to get a glimpse of Quentin through the eyes of Harvey Keitel, John Travolta, Bruce Willis, Tim Roth and other Tarantino gang members interviewed for this book. Includes dialogue that didn't make it into the final cut, as well as the original plot twists for True Romance and Natural Born Killers that got axed by the censors. Includes great color and black & white photos throughout.

Short review:
A nicely written in depth book about the beginning of Quentin's career as a writer/director. It has some interesting interviews with several of the actors and protegees of Tarantino's including: Lawrence Bender, Harvey Keitel, John Travolta, Tim Roth and Samuel L. Jackson. Dawson follows Tarantino's career as he begins his reign as the "pop culture auteur" with Reservoir Dogs and he also finds out just who and what influenced Tarantino to become a director. The book also gets into Tarantino's reaction to the Natural Born Killers-Oliver Stone debacle. This book may not be the best of Tarantino's biographies, but it does lend a helping hand to new fans of Tarantino and people who might want to know whats brewing inside the mind of QT. There are some nice photos in both color AND black n white. And for hardcore QT fans there's even some dialogue outtakes from Pulp Fiction and reveals plot twists to True Romance that never made it to the screen. (by Pete Roberts)