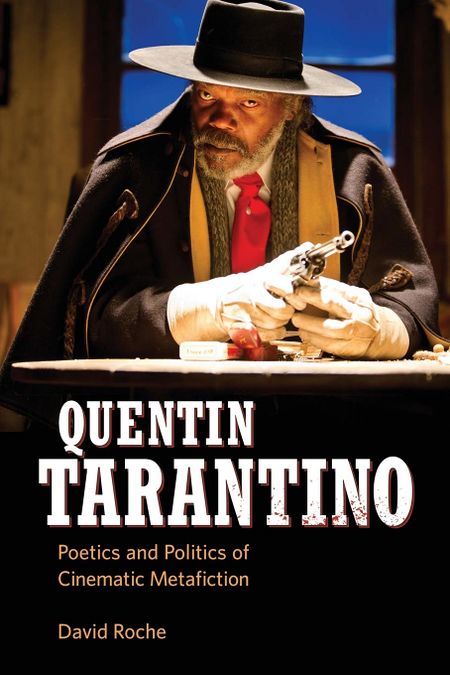 Quentin Tarantino’s films beg to be considered metafiction: metacommentaries that engage with the history of cultural representations and exalt the aesthetic, ethical, and political potential of creation as re-re-creation and resignification.

Covering all eight of Quentin Tarantino’s films according to certain themes, David Roche combines cultural studies and neoformalist approaches to highlight how closely the films’ poetics and politics are intertwined. Each in-depth chapter focuses on a salient feature, some which have drawn much attention (history, race, gender, violence), others less so (narrative structure, style, music, theatricality).

Roche sets Tarantino’s films firmly in the legacy of Howard Hawks, Jean-Luc Godard, Sergio Leone, and the New Hollywood, revising the image of a cool pop-culture purveyor that the American director cultivated at the beginning of his career. Roche emphasizes the breadth and depth of his films’ engagement with culture, highbrow and lowbrow, screen and print, American, East Asian, and European.