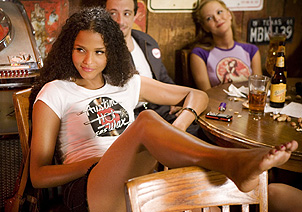 Austin, Texas native Jungle Julia Lucai went to school with Pam where she bullied her and slept around a lot. Pam claims she was as tall as she is now back in grade school. She's also something of a pothead, judging from her need to get someone with a supply like Lanna Frank and from her bong (which we see at her home). Julia likes to associate with famous men including the director Christian Simonson, and whoever she met up with to get her billboards around town. Jungle Julia also is proprietor of her own indie record label when she isn't spinning records as a DJ for Austin Hot Wax 505. 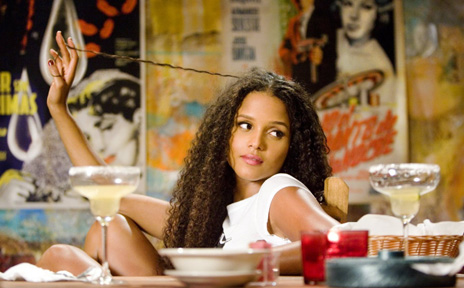