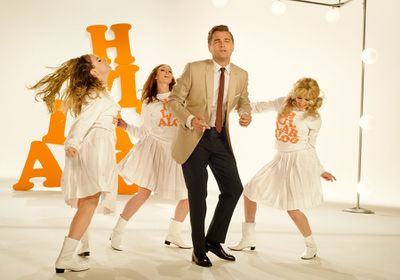 Hullabaloo was an American musical variety series that ran on NBC from 1965 to 1966. Similar to the show Shindig! it ran in prime time in with ABC's American Bandstand.

In the film Once Upon a Time in Hollywood, the character Rick Dalton guest stars on an episode singing the song "Green Door". British Invasion band The Kinks also appear (but we don't see them).